Posted by Herneith in Bullshit!, Cussin, Humour, Informative! on February 5, 2012

Yes, I love cussing, I will freely admit it! Cussing is a useful way to relieve tensions. As I have always posited, “Would you prefer to be punched out or cussed out”? Hence, swearing can be used as way to deflect violence. It can also be used as a purgative for frustration, for pain relief; for example crying ‘shit‘ if you stub your toe or hit a funny bone. Swearing can be used in jokes, expressing elation(that was fucking great!), during sex, if you have an overwhelming love for something, a place, event etc(I fucking love chocolate!). In other words it is reflective of our feelings at the time and gives an extra emphasis to them.

Swearing knows no cultural boundaries. Everyone swears or has at some point, it’s just a matter of degree. Swearing isn’t solely in the domain of a certain class, culture, nationality or race, rather, it knows no limitations and is the epitome of equality! Swearing as a language tool, teaches children the various dimensions between what is appropriate, taboo, or inappropriate. If someone for example says ‘motherfucker’ as opposed to ‘fucker‘, the latter will be seen as the more ‘milder’ of the two. Kids are quick learners in this regards. When an adult hears a kid swear, they will, in most instances, correct the child’s language. Factor in the ‘rebelliousness’ of swearing among teenagers for example, swearing goes a long way in establishing their credentials of being ‘cool’. Of course as one matures this hopefully wears off to a great extent. People still swear in their daily lives or intermittently. Anyone ever drop an expensive piece of porcelain, look to see if anyone is around and yell “Oh Shit, fuck”!?

A cunning array of stunts!

Of course swear words can range from mild to extreme. Many of the swear words find their origins in sexual acts and bodily evacuation, such as ‘shit’ ‘piss’, ‘fuck’ etc. What is intriguing is the fact that these words may not or don’t refer to those particular functions but rather to behaviours or outcomes. For example, someone refers to another as being ‘fucked up’ due to the recipient’s behaviour or your ‘fucked’ if the outcome of a situation looks bleak. Someone tells another to “go piss up a tree”. Body parts are used also, many of them sexual organs as descriptors for people like ‘prick’ ‘nut sac’ ‘asshole’, “tits'(as useful as tits on a bull).

If you are going to cuss, develop a repertoire! Not just the requisite “fuck”, “shit”, or “piss”, although these can be used interchangeably or in conjunction with other words. For example, when referring to some one who is excellent at oral sex;”suck golf balls through garden hose“. The context being this for example;”Why are they with that person(if there is a perceived disparity in looks between the couple)? The reply; “maybe they(the perceived ugly one)can suck golf balls through garden hoses”. How about this one; “blow the brass off a door knob“, or this; lick the chrome off a fender”. For example, I love that archaic phrase ‘whore son!’ Be creative, the possibilities are endless when it comes to cussing. Why, you can cuss someone out with out even uttering a genuine cuss word as long as the intent is there! 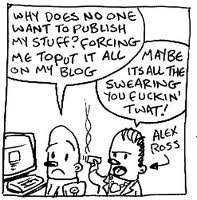 In order for your cussing to have a greater emphasis and impact, you must pick when to do so, sort of like picking your battles!. Remember, swearing can be a great pain reliever when you slice off your finger whilst preparing a salad, smash your head off the side of a wall or furniture, burn your hand while cooking, have particularly severe menstrual cramps, have telemarketers call you at dinner time or when you’re in the shower and rush out to answer the phone, get cut off in traffic, almost get run over by a truck, have some asshole shout ‘nice tits’ as your walking down the street, try a food you have never heard of much less eaten, spit it out and shout “this taste like shit!(hopefully this is figurative not literally that you’ve eaten shit before), you run out of toilet paper after taking a particularly huge dump and no-one else is around to get you some, someone runs their shopping cart on the back of your ankle, being accosted by Jehovah Witnesses, being exposed to volume deaf rendering earth-shaking music(Turn that motherfucking shit off!), seeing a UFO and exclaiming “what the fuck was that”(never mind you may have been drunk), unwittingly step into a pothole, fall on your ass in public and exclaim “fuuck, shiiiit! You see, the opportunities for cussing are endless and in many cases justifiable!

The down side of cussing, well there are many. If in public, you may not know that the person you are cussing out, in response to cutting you off in traffic, may be a certifiable lunatic and may physically retaliate! You take your chances… The person who runs the shopping cart against your ankle may be an elderly person, the Jehovah Witness may bring down the wrath of god on you, the goof that hollered “nice tits” may take this as a license for asking for your number or worse yet, a date. So you see, there are risks involved, but like I said choose wisely!

To those that skin up their face and take on the holier than thou stance or express disdain for cussing, I say Fuck em!

Have a nice day. Oh and remember: 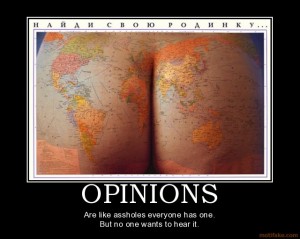 The world is full of assholes, much like opinions!

‘Said Mark Twain towards the end of his life, “If I cannot swear in heaven I shall not stay there.”

King Shit From Turd’s Island or the Travails of a Troll!

Posted by Herneith in Bullshit!, Cussin, Dumb Fuck of the Day, Humour on December 31, 2011

Folks, I use that term lightly,   I was perusing some blogs written by some young fellows:

These young men(no they are not my kids),  are seeking knowledge and answers in life.   In fact they have the patience of Job in regards to some of these clowns who reply to their posts!  . Their blogs are quite enjoyable especially when lunatic trolls post there.   There are hilarious fucks who visit their blogs with the most confounding bullshit and fucktardidness! What is even more gut busting, is that these fucktards actually believe the bullshit they are expounding. Personally I find these clowns to be hilarious. However, the bloggers for the most part don’t. In fact in many instances, they seem to be too polite and kindhearted until the jackass wears out their welcome and gets progressively more belligerent! What to do with these leviathans of lunacy? Why ridicule them!  Young men, here’s my advice to you, cherish it!

Hone your ad-hominess and cussing skills when dealing with them. Throw all the ‘straw man’ arguments at them you can! In short, meet bullshit with bullshit! These clowns for the most part are oxygen thieves, who go to blogs diametrically opposed to their way of thinking and bombard them with reams of garbage, and then, have the nerve to insult their ‘intelligence’ if they refuse to debate them. So be it turd, just fuck off and go get acquainted with the palm sisters!  I realize that everyone needs a hobby but these fools are ridiculous!

The ones who I find to be particularly funny, are the racists who debate their points of views under the guise of science. There is a sucker born every minute but I ain’t one of them! No, I recognize an asshole when I come across one be it in print, in person or whatever medium. Being perverse myself to a certain extent, I find these goofs to be quite entertaining in a bizarre way.  Besides, it comes in handy being a weirdo oneself!  Garbage being paraded as ‘science’ or’ intellectual discourse’, well MAD magazine can make those claims also.  MAD magazine is intentionally funny but these goofs ain’t.  I compare their diatribes to sitting on the toilet straining for a shit and needing something to read whilst doing so, to hell with the contents, reading the ingredients on a soup can will do!  Besides, a good laugh may make your bowels move finally, Ex-lax not withstanding!

Then there are the regular posters who get sidetracked by these behemoths of bullshit!  They get sucked into these rejects so-called debates.  These particular buttocks warts, are too cowardly to call someone a name, or do not want to seem to be dumb arseholes who resort to obscenities and name-calling.(I for one would and don’t have any problems doing this, must be genetic). Well fellows, these jackasses deserve your scorn and more.  In other words, don’t waste your breath on these oxygen thieves!  The only purpose they serve is that of comical and bowel relief, you’ll shit yourself laughing!  Oh yeah, invest in toilet paper!  Oh, and remember; 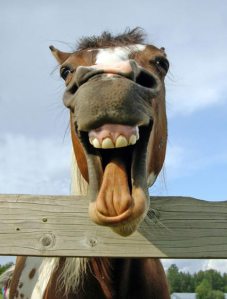 If you need assistance cursing people out:

Good Day to you!!

Posted by Herneith in Bullshit!, Cussin, Goofisms, Jackassery on June 13, 2011

Sometimes abbreviated to dumbfuck. It is a vulgarism, a compliment(depends on how one interprets it), but in essence, it is a cuss (curse) word. It refers to people who are engaged in sexual intercourse, colloquially of course, not actually, and are dumb(stupid). In fact, they may be too stupid to engage in sexual intercourse as they may stick their whatsit(another colloquialism), in the wrong hole. In any case, this can be used to describe some modes of behaviour such as goofy, far out, bizarre pseudo-scientific theories, maniacal ramblings in the name of politics, basically a catchall phrase for jackasses. Users of this cuss word may use it for the following:

Being cut off in traffic by a truck no less!  “That dumbfuck!”  If you are still alive!

Tripping into an invisible sinkhole in public!  “What a dumbfuck I am”!  To offset any embarrassment by tuning the embarrassment into a joke.

Almost getting run over by a vehicle whilst crossing the street on a red light. “The dumbfuck”

Reading goofy pseudo-science tomes written and promoted by you guessed it,  dumbfucks engaged in dumbfuckery.

A pedestrian crossing the street on a green light, an example of both a dumbfuck and someone who engages in dumbfuckery(the two aren’t mutually exclusive, sometimes we do stupid things)

The lists of dumbfucks who indulge in dumbfuckery are endless, take your pick!

As with any cuss word, the popularity of this usage may be regional.’   Dumbfuckery can be said to be in the eye of the beholder or the ear, the dumbfuck may try to stick something in it as many of them take things literally!  Don’t ever tell them to “shove it up your ass”  They may just do that!  That would serve as an example!