Why I Mock the White Racist!

Baaaa!!!!! Baaaaa!!! My name is Joe billy and I am a superior being! Bow down before my intellect, minions!

People or the couple that actually do, ask me why I mock the white racist?  Well, why not?  They offer infinite comic fodder.  Being the jetsam and flotsam of society, they can’t help themselves.  Well neither can I.  Call it reverse tomfoolery if you will.  Being a jovial and bombastic person, I just cannot help it. 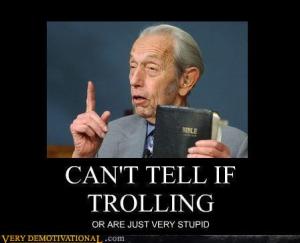 A little bit of both I suspect! Yada, yada, yada.

The white racist subsists on riling up and fomenting ill will against racialized people, especially blacks it would seem.  A day without riling up, insulting or pouring scorn on blacks is like a day without liquor, spliffs or sunshine for these lovelies!

Political poster circa 1850s’! Now reverse it by today’s climate, and things haven’t changed much eh?

History repeats itself but in reverse as it were, in the States home to some of the most racist toe-rags ever!  Everything old is new again except it comes in new packages!  The above political poster, circa 1850s’ You Knighted States, demonstrates this.   Some people never learn, but some of the white racists have learned to package themselves as the calm cool and intellectually enhanced colour blind person as long as you adhere to their way of thinking and mode of behaviour.  Step out of line and you become an outlier, but it ain’t based on colour see.  A lot of black folk fall for this and cannot see the forest for the trees until it is too late at times.  Woe-betide the ass wipe bearing gifts!

Here are some types of these white racists who lend themselves to such mockery!  Believe me, the list is  endless!

1.  Since these fools babble foolishness incessantly, you don’t have to go far to start mocking them!  Every utterance out of their mouth or via a keyboard, illustrates this perfectly!  The gearbox. 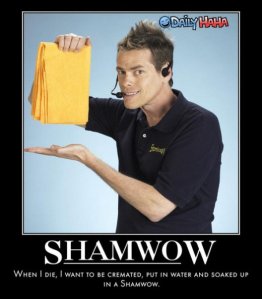 Hi folks, I am an asshole of the first order! I love to promote foolishness, dumbfuckery and other assorted bullshit with my superior intellect! Take these rags for instance, I’ve sold billions to unsuspecting assholes. Being superior, it is my right!

2.  The constipated cockatrice!  One of my faves!

“I am white, fat and ugly, but I can still cut a rug! Besides however lowly I am among other whites, I am still better than you.”

This one is self-explanatory!  An asshole by any definition!

White Nationalist picnic. All their ‘hard’ work drives them to drink and then some!

The blatant racist, who makes no bones about their racism and will call you a nigger to your face, outcomes be damned.  They post such hilarious nonsense such as blacks look like monkeys under monikers like ‘niggers stink’ or ‘nigger’.  These goofs are closeted masochists as they are secretly hoping you punch them in the face, head butt them, or drop kick them, not necessarily in that order.  Funnily enough, I prefer these ones as they are blatantly funny and put pay to the notions of ‘white superiority’ !  Besides which, one can work on their pugilistic skills whilst satisfying these freaks secret lusts!   Just make sure you have an adequate lawyer and bail money on hand!

4. The most boring are the ‘colour blind’ racists!  Let’s skip these clowns, besides, there are too many of them.

5.  The HBD ‘experts!  Now these are jokers.  You see they hate and alternately secretly lust after black men.  I don’t know, maybe they find these secrets lusts exciting, the thrill of the imaginary chase!  There is infinite comic fodder with these tools!  They will pull out ‘scientific’ studies to prove their point instead of just saying they hate ‘niggers’.  The most comical ones are those who will spout out the most racist bile (again under the aegis of ‘science’), and claim to not be racist.  You see with these jerk offs, everyone is different, the whites  are just smarter than the average ni….black person!

Hi. I am an avowed HDB adherent. I am one ugly fuck; suffer from halitosis; soap is anathema to me;I have bacon stains in my drawers’ I fart and belch indiscriminately. But you know what? Genetically having a superior intellect by virtue of being white, cancels all this out. Don’t be sad Negroes, everyone is different! At least you are good at sports! I think I’ll get me a mail order bride, preferably an Asian ones as they are smarter genetically than even whites are. But our peckers are bigger than their men so that’s a plus! If all else fails, I’ll get me a BWE.

Cthulhu leaving his condo after a night of passion with Jaws!

Being a dumb nigress, I just discovered I can’t count, I jumped from 5 to 10.  I can’t be bothered correcting it!.  Good Day!

This entry was posted on July 11, 2012, 11:14 and is filed under Humour, Racism, Tomfuckery. You can follow any responses to this entry through RSS 2.0. You can leave a response, or trackback from your own site.

Rating the Bias and Credibility of Media Sources